We’re in an age of gaming that has seen it’s fair share of remakes, some gamers chalk it up to lack of new ideas, some say it’s all about those dollar dollar bills. Whatever the reason may be this generation of consoles continues to see it’s powerful video cards push the limits of some our favorite games from the past. So since these HD remakes seemingly can not be stopped, here are some of my favorite games that I would love to see get the 1080p treatment.

Metroid Prime: This game spawned my love for the first person shooter, I never cared much for the genre until this title and I would give anything for an HD upgrade on the Wii U. The addition of access to the game’s vast maps on the gamepad would be a welcomed addition too. 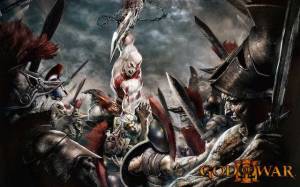 God of War 3: I realize the game looked fantastic on PS3 but, I don’t think i’m the only one who would welcome another bloody and ridiculous romp in Kratos’s shoes especially at 1080p and 60fps with the power of the PS4. 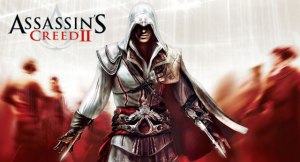 Assassin’s Creed 2: This installment in the long running franchise was the one that grabbed my attention. The textures were a little rough and there was a bit of chugging in the frame rate at times. The character details were particularly a little rough, understandably so seeing as how massive the game is. This is one of my favorite games of all time so obviously I’d love to relive Ezio’s origins on Xbox One or PS4. The open world would transition beautifully to the new consoles which we’ve seen in AC4 Black Flag and the upcoming AC Unity.

Super Mario Sunshine: If i’m being honest, this one is a little bit of a selfish choice. When I got my GameCube around the holidays I had just sprained my finger. I tried to play Sunshine but I just couldn’t grip the controller comfortably. When my hand had healed a lot of other games were out and Super Mario Sunshine had fallen by the wayside. I’d go back and play it now but I no longer own a GameCube so I hold hope that one day we see some kind of Mario HD remastered bundle make it’s way on to the Wii U. The game looked great on the GameCube back in the day and I can’t even imagine how stunning it would be on the Wii U.

Keep checking back for other games I would like to get the HD overhaul! What games would you choose to get remastered for the new generation of consoles?? Leave me some comments and let me know!

Welcome! Allow me to tell you a little bit about myself. My name is Dean Marchese (a.k.a. thebeastnj on gaming platforms and the internet) I'm a gamer, lover of movies and comics alike. I'm here to share my thoughts and feelings with all of you beautiful people, on topics revolving around all forms of geek culture and whatever else may tickle my fancy. If you like what you read on my blog, please come and check out my YouTube channel by clicking
View all posts by thebeastnj →
This entry was posted in Games and tagged 1080p games, assassins creed 1080p, assassins creed 2, game HD remakes, God of War, god of war 3 hd, metroid prime, Super Mario, super mario sunshine. Bookmark the permalink.